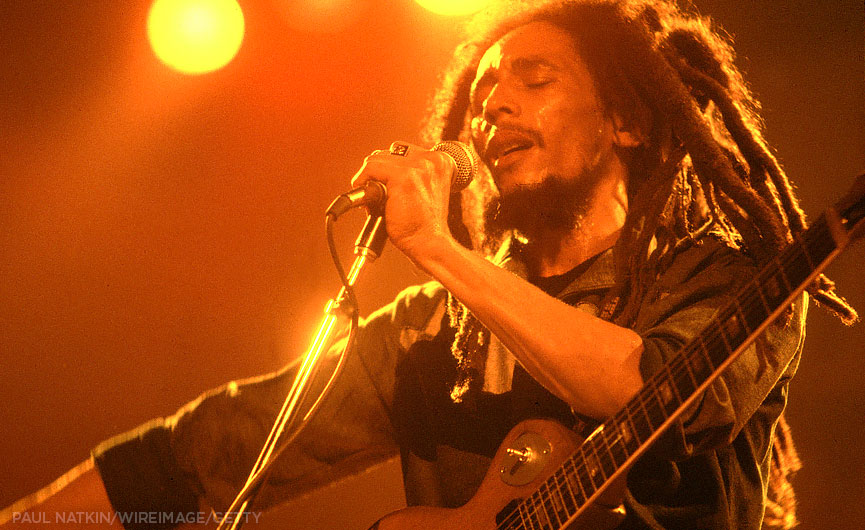 A legend who introduced Reggae music to the world and is remembered to this day as a cultural and international music icon. Marley sang several hit songs with global recognition, they include Exodus, One Love, Is this Love, Jamming, No Woman No Cry, I Shot The Sheriff, Buffalo Soldier, Survival, and many more. The artist’s life was not overcome with just a successful musical career, there were struggles and a story behind the icon that was greatly loved.

Bob Marley’s parents were Norval Marley, a white Jamaican from England and native islander Cedella Booker who married Bob Marley’s father at the age of 18. Marley’s father was absent throughout his childhood and supported the family financially but only saw his son once in his life, who died at the age of 70 years old from a heart attack; Marley was 10 years old.Marley had a childhood friend called Neville Livingston who shared his love for music. Marley’s mother then got involved with Neville’s father and took her son to live with them in Trench Town, Kingston. This was one of the city’s poorest neighbourhoods. It was crowded and occupied by a large number of black people. The town had no efficient housing structure or even plumbing. Despite his surroundings, Marley who was of mixed heritage could find kinship with the rough conditions and youth that grew there. He began to play the music known as ska which was a go-to for the Rude boys of the ghetto. It was during this time Marley met his wife Rita Anderson. She was a single mother and a singer.As Marley struggled between his career and starting a family something historic occurred in Jamaica; the Rastafarian religion was born. Its followers believed in marijuana as an herb that brought them a deeper understanding and living a life dedicated to seeing the end of Babylon (believed to be the Western World). Rastafarians never cut their hair and Marley and his wife embraced this new religion. This religion helped Marley explore his music.He joined a band with his friend and brother Neville Livingston. They were known as the Wailers. The band played reggae music and had a specific interest in using the guitar. They sang some great hits that boosted Marley’s career before going their separate ways. The group had gotten little global recognition but Marley went on to form a personal band known as Bob Marley and the Wailers.He continued to use reggae music to sing on social, cultural, political, and emotional issues. Eventually, an assassination attempt was made on Marley’s life and this prompted him to move to England. He continued his musical career there and introduced reggae to the western world. Marley was diagnosed with malignant melanoma in his toe in 1977. Marley refused to cut off his toe to stop the disease. He died on May 11, 1991, at the age of 36 from the cancer which had spread to his brain.