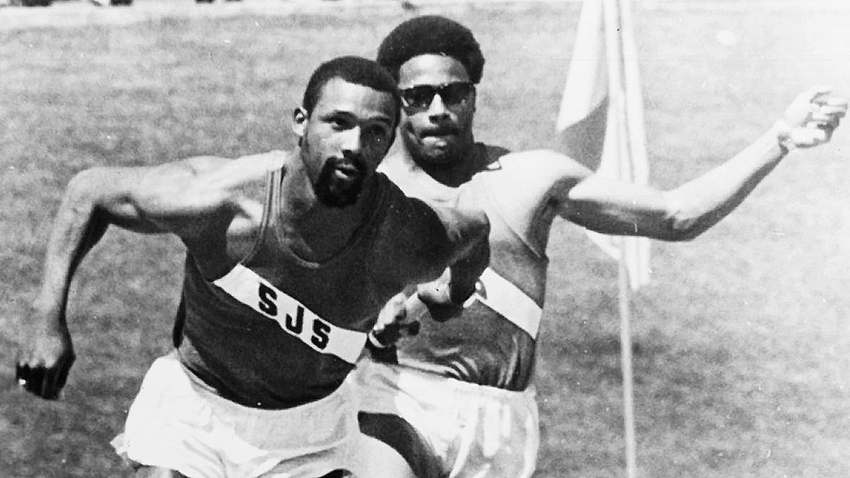 He is an athlete most recognised for his Olympics appearance as an American track and field athlete. But he also excelled as a professional footballer in the NFL.

He won the bronze medal in 200 meters during the 1968 summer Olympics and caused what was thought to be controversial, by his black power salute with Tom Smith at the podium. He went further to equal the world record in the 100-metre race and smashed the 200-metre world record( but the latter Achievement was never verified). After his career came to an end, he spent a little time in the Canadian football league but was forced to back out or retire due to injury.

In the 1968 summer Olympics held in Mexico City, Tommy Smith and John Carlos stood with late Australia track start Peter Norman on the Olympic medal stand during the medal ceremony for the 200-meter finals. Tommie Smith won himself a gold medal after he set a world record which then stood unbroken for 11 years, around his neck, he was found wearing a black scarf which represented black pride. While Carlos, on the other hand, had won the bronze medal, he wore a beaded necklace in respect of people who had been lynched or killed. Both of them raised their fists immediately “The Star-Spangled Banner” started.

The three athletes were putting on the Olympic Project for Human Rights badges. Peter Norman was a critique for the then Australia Policy which prevented people who weren’t of European descent from migration into the country.

Their stand was seen as one of the most iconic visions of activism seen from any athlete. Two amazing athletes who were making waves in their profession. As they represented their country, they had to choose to use the big stage given to them to voice out the things that weren’t right in the society. They spoke about segregation and poverty, and they felt severe backlash because of their actions; death threats and unemployment. They were significantly recognised for their boldness to go on a big stage and express their patriotism. The knew how steep the risk they were taken and how dangerous it could be for them, and they never regretted their actions because they were only doing what’s right. They caught the recognition of several great people, one of which was Abdul-Jabbar who felt pride in them and the stand they took.

Tommie Smith and John Carlos are a major influence on athletes today. They paid a huge price to get the cry of the people heard.