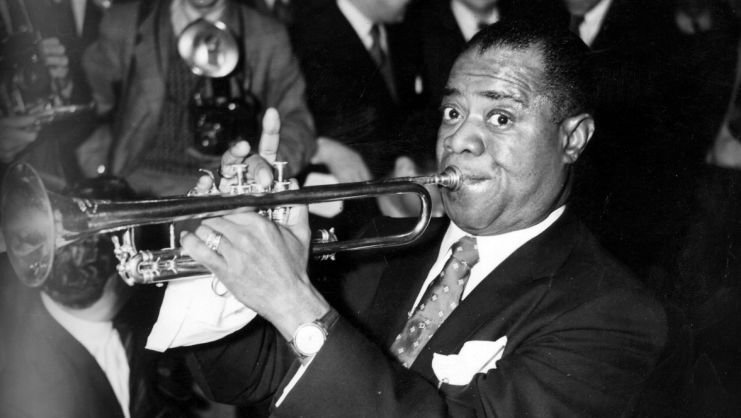 Known as the most influential artist in jazz history, Louis Armstrong was a sensation. His talents in music were great but supported by his charismatic personality. Louis was the first African-American to host a sponsored national radio broadcast. He broke down several other racial barriers such as being the first African American to include in his contract that he will not play in a hotel he could not stay in, the first to be featured in a Hollywood film, and much more.

Some people of colour criticised Armstrong for not fully representing the civil rights movement or taking a stand with his race. Louis seemed to prefer developing his career and gaining popularity on both sides. There remains a story behind fame and achievements.

His parents were Mary Albert and William Armstrong. His mother Mary, was 16 when she gave birth to Louis. His father abandoned his new family not long after. Louis was sent to live with his grandmother until he was 5 years. Then, he returned to his mother. The poverty in Louis’ family and neighbourhood made his childhood a struggle. He attended a school for boys that accepted black students. Racial segregation was very much alive in New Orleans. To make ends meet, Louis did odd jobs. He worked for a Jewish family collecting junk and selling coal. The family was kind to Armstrong encouraging his musical interest and giving him food when he came around. Louis’ love for music grew as he often heard jazz bands playing in dance halls and brothels.

He made his first attempt at a performance at the side of the Jewish’ family junk wagon. The wife, Morris Karnoffsky gave Louis an advance payment for his cornet. He came to see that this poor family that showed him kindness were also subject to discrimination.

At the age of 11, Louis dropped out of school. His mother moved into a one-room apartment with her common-law husband. Armstrong took more often to the streets and frequently got into trouble. One day the young Armstrong fired his stepfather’s gun into the air. He was arrested and sentenced to detention at the Coloured Waif’s Home. This was the turning point for Louis’ life. Although the home was run like a military camp and the boys experienced hardship from lack of food and mattresses, Louis joined the band to develop his cornet skills. He was released to his father’s custody, but he never felt welcomed there and eventually returned to his mother. Back in his poor neighbourhood, Louis came to learn more about music under the mentorship of King Oliver, one of the greatest cornet players of that time. Louis’ musical career took off, and he traveled across the world performing. He popularised scat singing and made several records. His more popular hits include What a Wonderful World, Star Dust, and La Vie En Rose. His deep unique vocals were easily recognisable. Louis Armstrong died of a heart attack in his sleep in 1971.