A footballing pioneer in more ways than one, who is widely renowned as the world’s greatest footballer of all time.

He came from humble and poverty stricken beginnings, raised by Brazilian parents being trained and mentored by his father a former low level footballer who’s career was cut short due to injury. All of these conditions played a pivotal role in Pele’s development and determination to be a success.

First impressions was made at the tender age of 16 playing for Brazil during the 1958 World Cup. 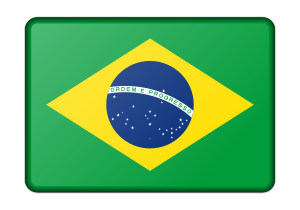 The love and passion for football were clearly displayed from a very young age and would have played a significant role in coping with the poor circumstances he grew up in. This wouldn’t deter him from playing the sport he enjoyed, utilizing the resources available.  He would use a grapefruit or a ball made from newspaper stuffed into a sock, due to not being able to afford a real football. Adult responsibilities came early in life working in Tea shops or polishing shoes, earning extra money to help contribute to the family’s income.

Naturally, the progression would be to join a team which he did, representing a number of amateur teams before winning youth league titles with Bauru Athletic Club Juniors. During this period between the ages of 11 to 15 Pele’s development continued and as a result, his game excelled.  Like most young boys they need no convincing when opportunities arise to play football, he was no different so would often take part in local futsal competitions playing against much older players whilst making a name for himself, becoming a local celebrity in his own right.

A confident Waldemar de Brito, Pele’s coach at Bauru Athletic Club Juniors brought the youngster to Santos FC for a professional trial predicting to the directors that this boy will be the greatest. So in 1956 at 15 years old he impressed the coach, signed a professional contract and made his first-team debut within the same year.

Having scored on his debut the following year he became an established first team player ending the season as the league’s top goal scorer, earning a call-up to the Brazilian national squad. Continuing the trend, he also scored on his international debut and goes on to become a true world great. Taking the game to a standard with a playing style unimaginable to the footballing world breaking numerous records along the way. Having been declared a national treasure especially as global interest increased, he was barred from playing for any non-Brazilian team or corporation, therefore unable to showcase his talents elsewhere at club level until the latter stages of his career.

Pele’s journey presented a number of challenges ranging from poverty to racial prejudice yet he overcame them all and more. Having the talent was only the start however his success is in tribute to the determination, focus, sacrifice and drive to mastering his craft, aiming to become the most complete footballer. The early years set the foundation whilst ingraining a cultural style of play that he remained loyal too undeterred by doubters who believed in the European way of playing the game.